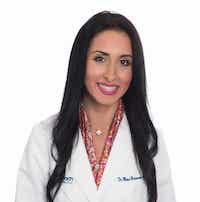 Alzheimer’s disease is the most common type of dementia, a group of disorders that impairs mental functioning, that people can have and the disease affects millions of people all across the world. This degenerative brain disease affects people’s memories, making it hard for people to remember new information and to make new memories.

There are other impacts that the disease can have on one’s cognitive abilities, though. Some people with Alzheimer’s disease struggle with their spatial awareness and can become easily disoriented or lost in familiar spaces like their own homes. Other people experience more debilitating effects of Alzheimer’s disease at certain times of day or night, and in their disorientation can wander off and become lost—and not have the abilities to ask for help when needed. Moreover, some in advanced stages of Alzheimer’s disease can experience wildly different personalities and extreme behavioral changes, from shifts in moods that make people with the disease irritable, to more extreme suspicious and paranoid behavior.

People who are 65 years and older are more susceptible to Alzheimer’s disease but there are more and more younger people suffering from the disease. The Alzheimer’s Association in fact reports that, in the United States alone, early-onset Alzheimer’s may be affecting approximately 200,000 people who are under the age of 65.

Alzheimer’s disease does not only affect the person suffering from cognitive decline. It affects the whole family and community around that person. There are 5.4 million people in the United States who are living with Alzheimer’s—it is the sixth-leading cause of death in this country. Moreover, it is the only cause of death among the top 10 in the United States that cannot be prevented, it cannot be cured, and it cannot even be slowed down.

The immense amount of chronic stress that comes with living with, being around, and watching a loved one slowly decline from Alzheimer’s disease can be extremely difficult. And, with the increases in life expectancy and the sheer number baby boomers coming of age—and coming upon the age when Alzheimer’s Disease is often detected—support for Alzheimer’s research is more critical than ever.

Studies have shown that there may be links between dementia and untreated hearing loss. A 2011 study tracked nearly 2,000 older people around the age of 77 years old between 12 years and 18 years, wanting to understand how hearing loss and cognitive decline may be connected. The study, conducted at Johns Hopkins, found that “people with hearing loss were 24% more likely to have Alzheimer’s,” as one researcher wrote, continuing later by explaining that “the worse the hearing loss was, the more likely the person was to develop dementia.”

So, while Alzheimer’s disease can’t be cured, there may be some things you can do regarding your hearing health habits that can contribute to overall healthy well-being. Visiting our team at Palm Beach Hearing Associates for an annual hearing test will help you understand and monitor your hearing abilities. The safe and non-invasive test will help you understand whether you need a hearing assistance device like a hearing aid.

Our team can also help you learn about healthy hearing habits, including using earplugs when you expect to be in loud conditions, limiting your use of in-ear headphones, and simply covering your ears when exposed to sudden loud sounds. The more conscious you are of your hearing, the better equipped you will be to think about and track other perhaps more serious issues such as dementia. Contact us at Palm Beach Hearing Associates today to learn more!